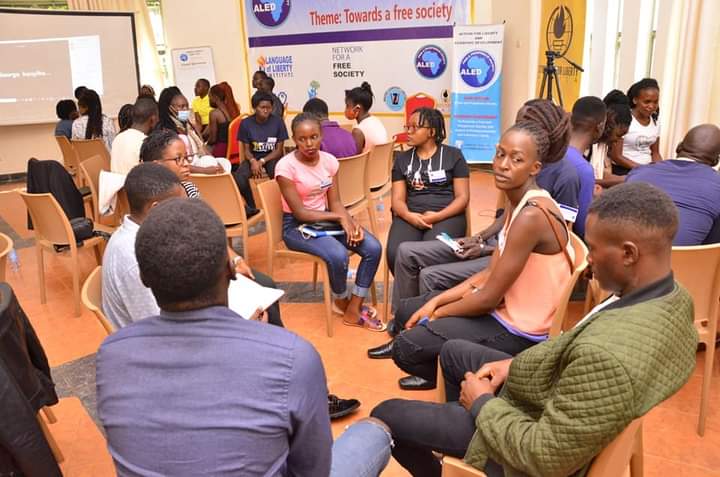 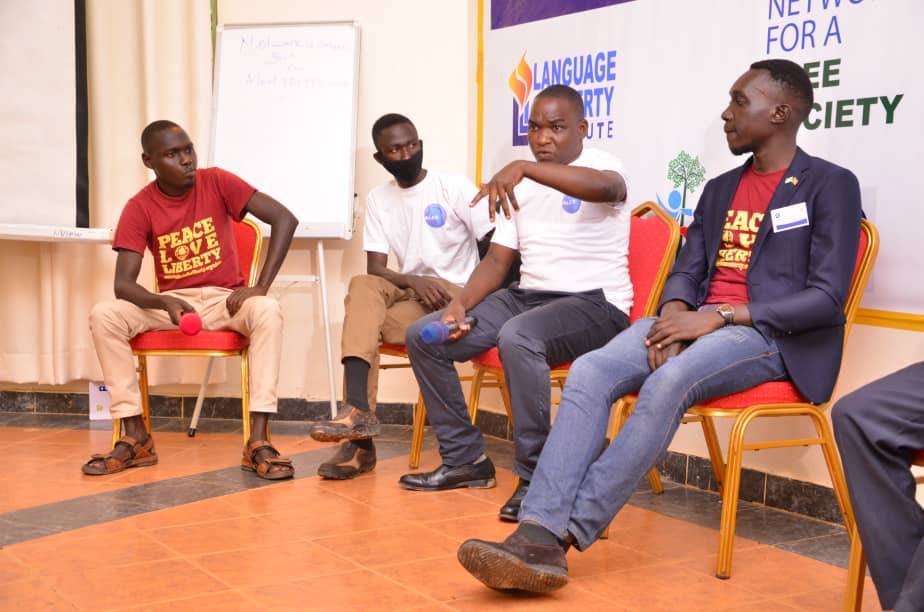 This is an annual event organized and runs for 3 successful days of intensive debate, dialogue and discussions. 2022 African liberty camp is our 8th camp and will be hosted by the University of Kisubi from 8th to 10th June 2022. under the theme: “Liberty, Culture and prosperity” This event draws students from the African continent and speakers from the whole world.

This camp is an opportunity for young people to participate and learn from the great teachers of the free-market system, financial experts, CEOs of free-market institutions, entrepreneurs from across the globe and meet the team of young leaders pursuing to create a free market society. The participants of this event will have an opportunity to create personal networks with classical liberals, NGOs, professors, publishers and our partner organizations. Join us to learn, discuss and understand the relationship between freedom and prosperity as well as a philosophical background of ideas for a free society.

As an organization, we hold a strong belief that educating the young generation is our niche/target foundation for building a free and prosperous society. We believe & uphold the power of free-market ideas in transforming the lives of individuals and how the free market has made the world prosperous.

Action for Liberty and Economic Development has since its inception in 2017 conducted a series of successful seminars, conferences, liberty camps and workshops to educate and discuss with young people how a free society works, how important it is and consequently, we have reached and discussed with hundreds of youths in the country and Africa, especially in high institutions of learning. ALED has also mobilized and influenced the community on policy changes, especially on land policy and tax reforms.

Arranged in Order from the 1st speaker 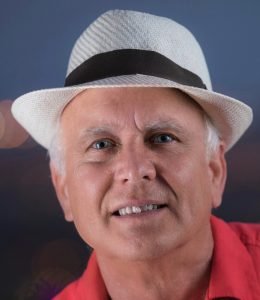 Ken Schoolland is an Associate Professor of Economics and Director of the Entrepreneurship Center at Hawaii Pacific University. He is Vice President for International Relations for Liberty International, on the Board of Scholars of the Grassroot Institute of Hawaii, and a member of the Mont Pelerin Society.

Schoolland authored The Adventures of Jonathan Gullible: A Free Market Odyssey, published in 80+ editions in 50+ languages and adapted to theatrical and musical productions across Africa, Europe, and Asia. He also authored Shogun’s Ghost: The Dark
Side of Japanese Education.

Schoolland was Director of the Graduate Program in Japanese Business Studies at Chaminade University of Honolulu and a professor of economics at Hakodate University in Japan. He served as an international economist in the U.S. International Trade Commission, the U.S. Department of Commerce, and the U.S. Office of the Special Representative for Trade Negotiations. 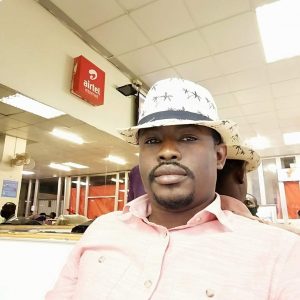 Afrikanus Kofi Akosah Adusei aka Frisco d’Anconia is a Libertarian Anarchist. For more than a decade he ran Africa Youth Peace Call, an organization that was dedicated to promoting libertarian ideals in Africa as the founding president. Through the Liberty Movement he discovered Bitcoin and Blockchain in 2011 and was the 1st person to start Bitcoin Meetups in Africa. He’s a journalist by profession, originally from Ghana but lives a nomadic life traveling through Africa promoting Blockchain technologies and writing about its communities. So far, twenty nine African countries and still counting. Kofi is the founding president of Africa Blockchain University and has two beautiful daughters. He has no personal bank account and lives solely on Crypto. 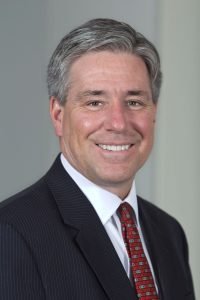 Dan Mitchell is Chairman of the Center for Freedom and Prosperity, a pro-market public policy organization he founded in 2000. His major research interests include tax reform, international tax competition, the economic burden of government spending, and other fiscal policy issues. Having also worked at the Heritage Foundation and Cato Institute, he has decades of experience authoring papers, writing editorials, working with the public policy community, and presenting the free-market viewpoint to newspaper, television, and radio media. Dan has spoken to a wide variety of groups in dozens of cities and more than 50 foreign countries. He also served on the editorial board of the Cayman Financial Review, and holds a PHD in economics from George Mason University. 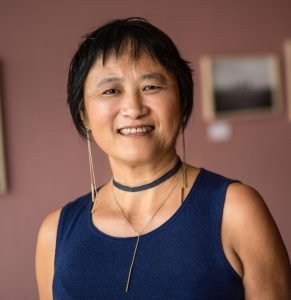 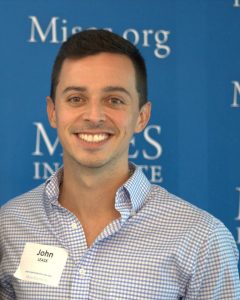 John Leask works in Steel Sourcing at Tenaris, a steel pipe manufacturer with operations around the world. He is an avid reader and follower of the markets. He writes a weekly options trading newsletter and a biweekly blog which focuses on markets, personal finance, and politics. These resources and more can be found at www.madnessofcrowds.com. 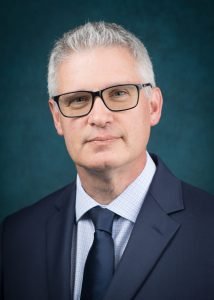 Victor V. Claar, Ph.D., is associate professor of economics in the Lutgert College of Business at Florida Gulf Coast University in Fort Myers, where he holds the Truist Distinguished Professorship in Free Enterprise. An Affiliate Scholar in Economics with the Acton Institute, Professor Claar is also an elected member of both the Mont Pelerin Society and the Philadelphia Society. He serves on the Research Advisory Council of the James Madison Institute, serves on the Foundation for Economic Education’s Faculty Network, and chairs the board of the Freedom & Virtue Institute. In addition to being a former Fulbright Scholar to Armenia, Claar is a coauthor of Economics in Christian Perspective: Theory, Policy, and Life Choices, author of the Acton Institute’s Fair Trade? Its Prospects as a Poverty Solution, and coauthor of The Keynesian Revolution and Our Empty Economy: We’re All Dead.

Glenn Boyer grow up in Pennsylvania, USA.
Mr. Glenn Boyer is very computer literate with a Degree in Computer Information Systems.
He has a long interest in free-market economics which started in 1981 with reading “Free to Choose”.

Along with reading he is an avid online learner with 12 Certificates from The Foundation For Economic Education.

From 1985 till 1991 he experienced first-hand the spectacular economic growth of South Korea.

Recently Mr. Glenn has become interested in African economics. He has edited writings, connected people, mentored, helped callers get on USA radio stations, and shared knowledge to Ugandan and other activists; all the while taking into account the local information and culture. 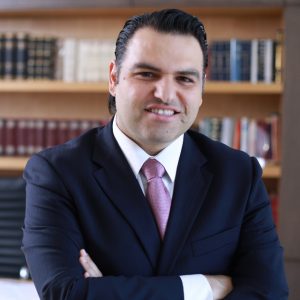 Dr. Patrick Mardini is the CEO of the Lebanese Institute for Market Studies – LIMS. He collaborates with a team of experts at LIMS on designing economic reforms, raising awareness about their importance, and advocating for their adoption. LIMS covers a wide array of issues including banking crises, economic recession, inflation, currency devaluation, subsidies, fiscal policy, electricity reform, etc. Dr. Mardini holds a Ph.D. in Economics from Paris Dauphine University. His past experience includes 4 years at Paris Investment Management company Modèles et Stratégies and 10 years at the University of Balamand as finance professor. He is one of the most interviewed economic experts in Lebanon and is often invited to lecture in Africa, America, Asia, Europe and the Middle East. 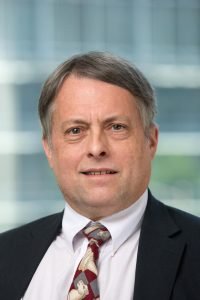 Doug Bandow is a Senior Fellow at the Cato Institute. He also has been affiliated with the Heritage Foundation, Competitive Enterprise Institute, Institute for Policy Innovation, and Future of Freedom Foundation. He served as a Special Assistant to President Ronald Reagan.

Bandow is a columnist for The American Conservative online, The American Spectator online, and Antiwar.com. He contributes regularly to The National Interest online, 19FortyFive.com, and other online publications. Previously a columnist for The Freeman, Forbes online, and the Huffington Post, a nationally syndicated columnist with Copley News Service, and editor of the monthly political magazine Inquiry, he has been widely published in such periodicals as Time, Newsweek, and Fortune, as well as leading newspapers including the New York Times, Wall Street Journal, and Washington Post. He has written several books, including Foreign Follies: America’s New Global Empire (Xulon Press), The Politics of Envy: Statism as Theology (Transaction), The Politics of Plunder:

Misgovernment in Washington (Transaction), and Beyond Good Intentions: A Biblical View of Politics (Crossway).
He received his B.S. in Economics from Florida State University in 1976 and his J.D. from Stanford University in 1979. He is a member of the California and Washington, D.C. bars. 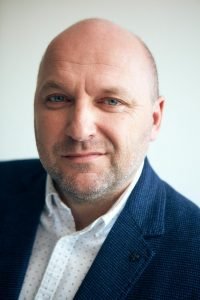 Josef Šíma, Ph.D. is professor of economics and the Head of the Department of International Business at the Metropolitan University in Prague, Czech Republic.

He earned his Ph.D. in Economics and his M.A. in Finance and International Politics at the University of Economics, Prague. He also serves as president of an interdisciplinary annual conference that has met in Prague since 2005, Prague Conference on Political Economy. Josef translated over 10 books (including free-market classics such as Ludwig von Mises’s Human Action, Murray Rothbard’s Man, Economy and State, or Milton Friedman’s The Money Mischief). He has published dozens of articles in professional and popular journals, and a number of his own books on economic policy, economic transition or Austrian Economics.

Be part of the great cause that is aimed at changing the lives of the young people and their mindset positively.

Your support is heavily appreciated.

Want to make a difference?

Help advance a cause of Free and Prosperous Future in Uganda and Africa.

ALED is a libertarian and free enterprise think tank that was established in 2017 with great desire of championing peace and human flourishing in Uganda and Africa as a continent.

We believe and promote ideas of a free society and we have been at the center stage of promoting individual liberty, free market, property rights, limited government and rule of law. Our role is to foster a society where an individual lives his or her life on their own terms that will in turn foster peace and prosperity of all citizens and influencing public policy. change.